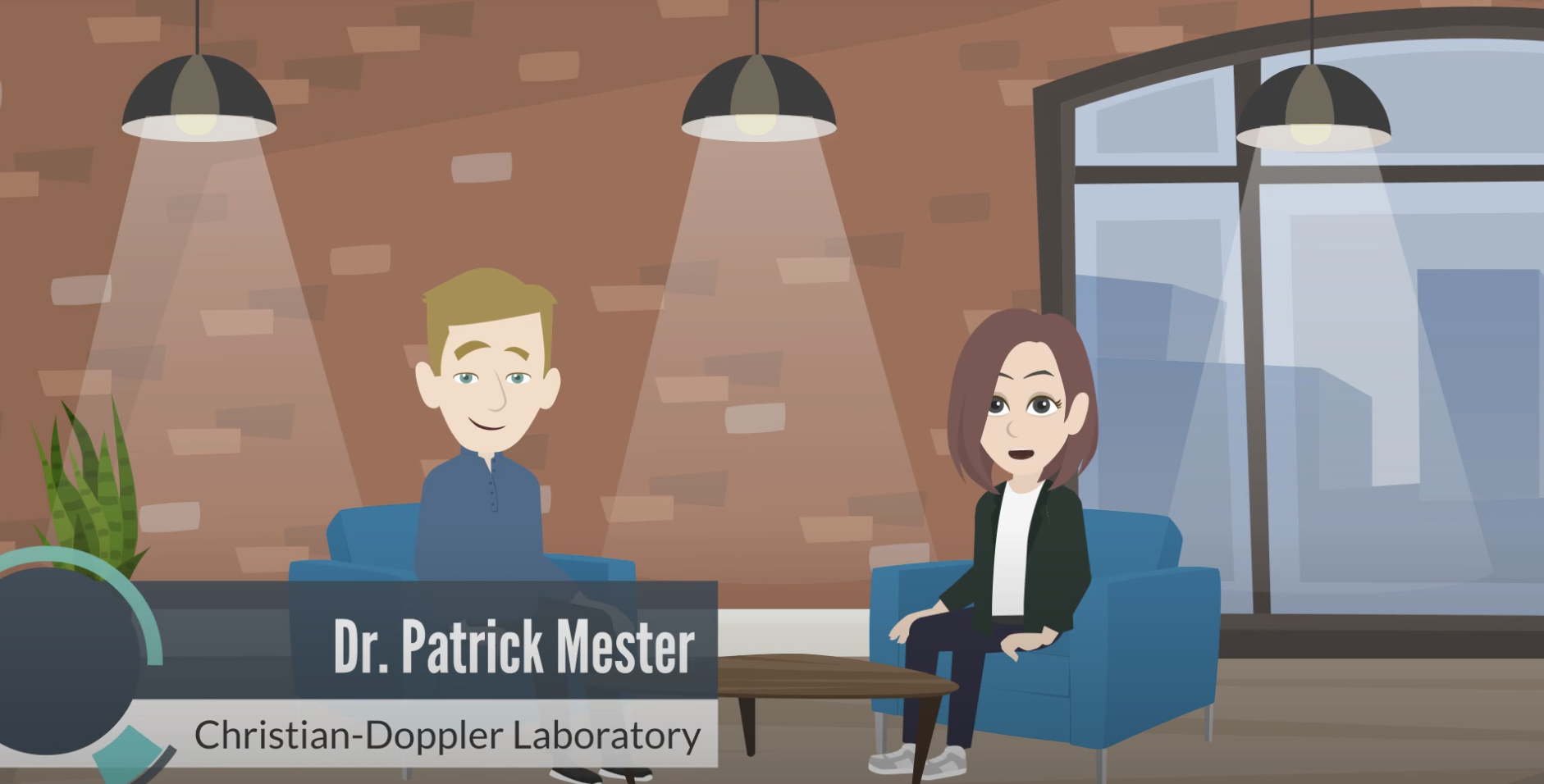 Hi Patrick, great speaking to you! Within your work at the Christian-Doppler Laboratory, you have done extensive work with the PCR method. Can you tell me more about your latest project?

As part of my work at the Christian Doppler Institute, we conducted a project for a large Austrian company where we replaced the complete diagnostics from their existing immunoassay solution to a new PCR system. This saved valuable time and reduced 60% of their initial costs, amounting to approximately one million euros. This switch demanded a high intensity training and an extensive support phase. In the meantime, more than 100,000 samples have been analyzed and a lot of expertise in this new system has been gained. The PCR method is very sensitive but also very expensive, having always been a significant disadvantage, until now. In this project, we analyzed the company data of the last few years in detail, and it quickly became apparent that a large part of the samples was negative. You must imagine that they examine about 20,000-30,000 samples per year. Of these samples, 95% to 99% are pathogenic listeria free.

Accordingly, we developed a system in which ten samples are combined, i.e., pooled, which makes it possible to exclude most samples after one day. However, if you have a positive result, you lose a bit of time compared to the original concept. In that case, the ten pooled sample sites have to be tested again individually to find out where the contamination is. Positive samples are sent to an external laboratory to obtain the isolate. It is crucial to understand whether the same house germ has repeatedly been appearing for years and could not yet be removed from the production environment or whether a new strain has been introduced. But if 99% of the samples are negative, you can save a lot of time and money. With the old system, it took at least two days to get a negative result. With the new system, we are now at one day. Through pooling, we have reduced costs enormously even with the follow-up examinations, which are more expensive per se. PCR is still heavily criticized for the associated costs because the individual reactions are still expensive. Typically, a single test costs 8-10 euros, which only includes the material costs and not the laboratory. With pooling, however, you decrease this value because you test ten sample sites simultaneously.

Patrick, you not only have experience with the PCR method but have also done some tests with our AquaSparkTM molecules. What experiments have you performed?

We have a lot of experience in the food industry and are researching methods that allow us to quickly concentrate bacteria from food, i.e., to isolate them. The objective is to concentrate bacteria from a dairy product such as milk and reduce thereby the overall enrichment volume needed. We did experiments with AquaSparkTM and were pleased to find a very low single CFU detection limit with this method. This motivates us to analyze this approach further. We are planning to publish the results once the study has been completed.

You have experience with both PCR and newer methods. Do you think PCR and alternative methods like our N-LightTM tests are complementary, or do they compete?

They can be complementary as well as competitive. PCR only works if a company has its own laboratory, i.e., the method is only worthwhile for a certain company size. This applies to only a fraction of companies. Small or even medium-sized companies cannot afford it. In such cases, there is no competitive situation. In my opinion, this is the significant advantage of your method because the tests can be performed on-site without existing laboratory infrastructure. Even though several start-ups are now trying to optimize PCR for rapid on-site detection, I am skeptical. Of course, it is difficult to say. For me, your test is optimal for small and medium-sized companies that otherwise would not be able to carry out extensive environmental monitoring. There is a lot of potential there. But it also creates added value for larger companies because PCR and N-LightTM can be combined well. PCR tells you whether bacteria are present or not. Your test tells you whether living bacteria are present or not. The complementary approach would also be particularly useful in follow-up testing, as you can re-sample a PCR-generated positive sample relatively quickly and flexibly with the N-LightTM system to promptly identify the hotspot. Thus, time and costs could be reduced even further.

Dr. Patrick Mester is currently a group leader at the Christian-Doppler Laboratory for Monitoring Microbial Contaminants in Vienna, Austria. Patrick graduated in Microbiology and Molecular Biology at the University of Bremen. For over ten years, he is involved in researching and developing diagnostic tools and methods for bacterial pathogens at the University of veterinary medicine in Vienna. He is studying the role of viable but nonculturable bacteria in persisting bacterial contaminations, possible control and intervention measures.

The 3 Most Popular Misconceptions about Environmental Monitoring

The Do’s and Don’ts of Swabbing

Whole Genome Sequencing and The Future of Food Safety

Food Safety in the Digital Age

The power of AOAC certifications and their impact on food safety

Democratizing food safety – for everyone, everywhere

Swiss company NEMIS Technologies AG has launched its innovative N-LightTM series, which is a...
Read More

Environmental monitoring is one of the best means to prevent end product contamination by rigorous...
Read More